I see advice on a constant basis about how to increase your newsletter subscriptions. Most of the time, they are part of a generic list with claims about doubling or tripling conversion rates, yet I very rarely see them accompanied by actual analytical data confirming the recommendations. So a few months ago, I set out to begin testing these ideas.

Using a static bar (think “Hello Bar”) at the top of your website with a CTA for your newsletter sign up increases opt-in conversion rates.

I've seen this claim so many times now that it would be inaccurate to cite any single source as being the inspiration behind this test. There are also multiple services that provide different “styles” of static bars. You can choose to put your signup form directly in the box or to link to your newsletter subscription CTA page, etc. You can make it stand out or blend in. The options for a seemingly simple site feature are surprisingly numerous.

The background data for the test site

The specifics of this test

An important thing to note for beginners

In the results, we're segmenting the data by conversion rate. So, why aren't we simply using the increase or decrease of subscribers to determine the success or failure of a method? We can't do that (with any reliability) because lots of outside variables can affect the fluctuation of the overall number of subscribers. Traffic can fluctuate in regard to seasonality of the site, holidays, being featured on a large site, etc. To truly measure the success or failure of a campaign like this, we need to look at the conversion rate. “Out of every 100 people who visit my site, what percentage of them sign up for the newsletter?” That number has a much higher likelihood of accurately interpreting the results of a test like this.

This test resulted in an increase of 56.35% in the overall site double opt-in conversion rate.

When comparing the conversion rates of the PBB E-book CTA (21.95%) vs. the PBB Ideas CTA (27.91%), it appears that the PBB Ideas CTA won out. People seemed to respond more to the promise of future information that was similar to the specific information on the page they were on vs. the immediate gratification of the subscribe bribe. 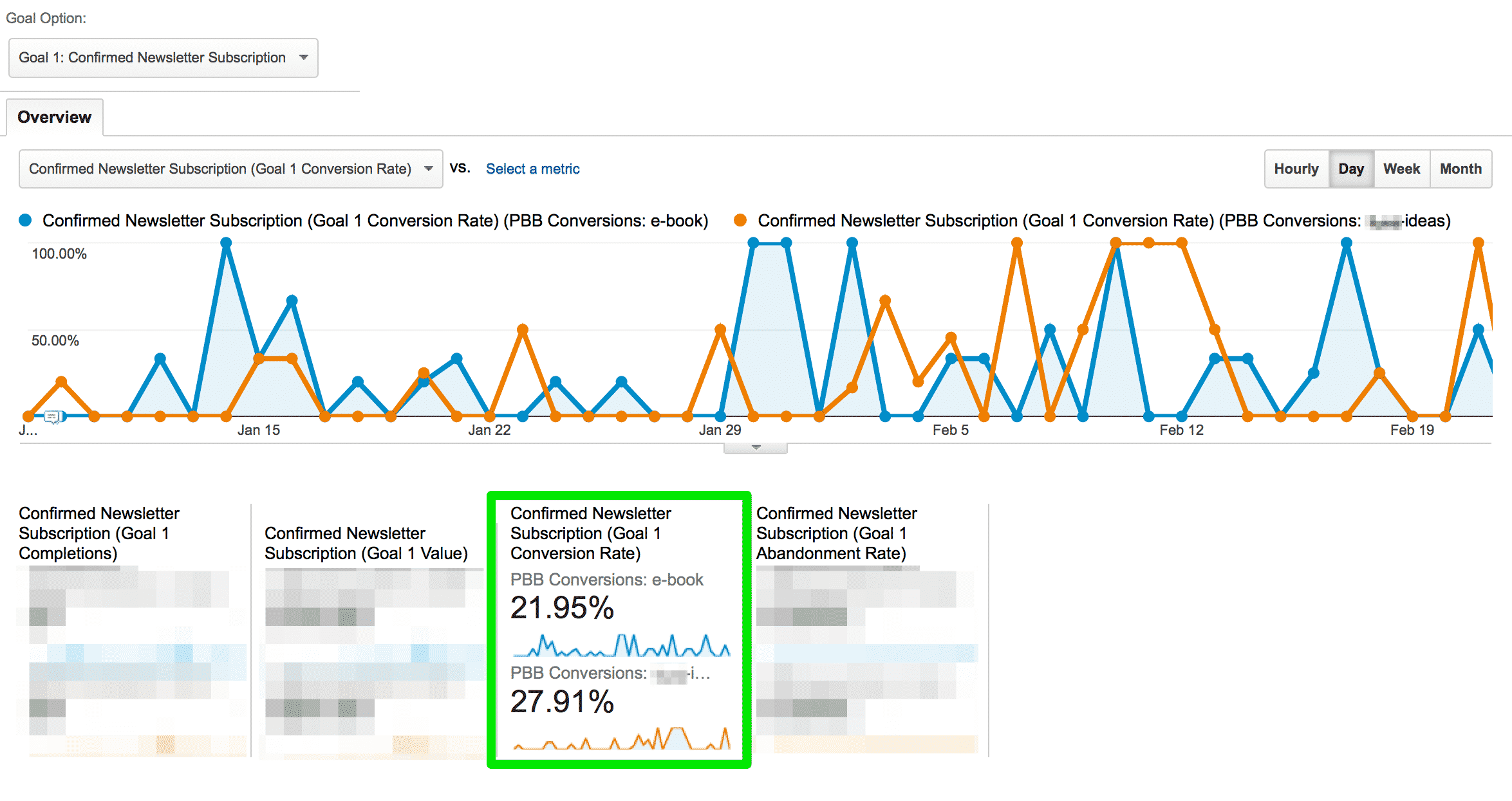 Now that I know the bar has a positive – and significant – impact on opt-in conversion rate, in general, it's time to start running much more granular tests.

You get the idea. Once you start going granular with the changes, you'll want to run these as A/B tests as it will be faster at obtaining statistically reliable results. As I mentioned above, I use Simple Page Tester to run split tests (aff link).

I've got several more tests planned, but if you have something specific you'd like to see me test out, please let me know in the comments below.